c.680AD Winfrith (Friend of Peace) was born in Crediton, in Wessex, on the frontier where conquering Saxon tribes had recently defeated the  native Britons in Dunmonia. His father was a Saxon nobleman and his mother a Celt: he was raised as a Christian in a household of learning.

687AD The young Winfrith was so profoundly affected by these Christian teachings that, aged seven, he urged his parents to allow him to further his ecclesiastical studies at nearby Exeter Minster under the rule of Abbot Wulfhard.  He excelled both academically and in his devotion to the Benedictine rule.

In 2019 Crediton Town Team was awarded a grant of £16,000 from the LEADER fund – a European fund for rural projects – towards the Boniface Heritage Trail project. Other awards were generously given by Crediton Town Council, Devon County Council and the Crediton Chamber of Commerce.

In December 2018 Mid-Devon District Council granted planning permission for installing the Boniface signposts in eight different locations around the town.

With funding and legal permissions in place we completed the graphic designs and sent them to a specialist print company in the Netherlands. They transferred each image onto 2-metre long acetate sheets which included ultra-violet filters. The acetates were sent to a toughened-glass fabricator near Weston-Super-Mare. Using special ovens they heated and bonded each acetate sheet between layers of toughened glass. Each one is 25mm thick and weighs 75 kilos.

The eight toughened glass panels were delivered to local steel fabricator Conibear Brothers in Crediton. They created galvanised steel support frames around each one ready for attaching to underground H-frames.

Lastly, local builders Steve Rowe and company will excavate the eight locations in the new year and install the frames, bolting them onto concrete anchors and re-surfacing the ground. An archaeological team will monitor and record the process. Work will be paused should any remains of archaeological or heritage significant be found.

If all goes well, the eight Boniface heritage trail panels will be ready for visitors by St Boniface Day on 5 June 2020.

c.696AD Winfrith left Exeter to study under Abbot Winberht at Nursling Abbey, near Southampton. Appointed head of the monastic school, his reputation for learning and his devotion to the Benedictine rule spread. He produced the first Latin Grammar in England, and was ordained a priest at the age of thirty. In 716AD, he departed for Europe to begin his life’s mission.

719AD  Pope Gregory II conferred on him the name of Boniface (Maker of Good) and confirmed him in the twin missions of evangelising the pagan tribes of Friesland and Germania, and, suppressing anti-Roman heresy amongst earlier Christian converts. Boniface established monastic foundations and bishoprics to consolidate the spread of Roman Christianity in Germany. In 732AD, he was made Archbishop

Many people have been involved in the project to date, all of them voluntarily. These include the town team’s project steering group (see below), the graphic designers Alison Shakspeare and Karl Triebel, structural engineer Bill Badger, photographer Richard Burston, funding advisor Paul Tucker, numerous Crediton town councillors, as many as eighty church committee members and vicars and priests from the Crediton Roman Catholic Church, Holy Cross parish church, the Methodist Church and the Congregational Church, as well as officers and elected members from Mid-Devon District Council on whose land four of the eight toughened glass panels will be installed.

The original artwork by local artist Charlotte Turner comprises gentle and stylised versions of the eight stained glass windows in the parish church. They tell the story of local monk Winfrith, later consecrated as Bishop Boniface by the Pope in 722 AD. Boniface is widely acknowledged as having founded the Christian Church in what is now Germany and Holland. Numerous visitors from those countries come to Crediton each year to pay homage to his birthplace.

732AD In order to convince the pagan worshippers of the superior power of Christianity, Boniface cut down the sacred oak tree dedicated to Thor at Geismar in Hesse. The crowd immediately converted and were baptised by Boniface. In its place a fir tree grew and with the felled oak, a chapel was built, dedicated to Saint Peter.

751AD Boniface, now an influential figure, was appointed by Pope Zacharias to crown and consecrate King Pepin III, son of Charles Martel, as the first King of the Franks. Pepin remained a strong supporter of the Roman Church, and his son, Charlemagne, laid the foundations of modern Europe when he was crowned as the first ruler of the Holy Roman Empire in 800AD.

Among Charlotte’s other work for the town team can be seen the many high street flags which appear each year. The tough rip-stop nylon she uses for those gave her the approach she was looking for in creating the designs for the Boniface story; semi-transparent images which let the light shine through and can read from both sides. It was her rip-stop nylon Boniface banners which were carefully stretched and photographed to use as templates for the toughened glass versions.

Local graphic designer Karl Triebel spent many days over several months enhancing the hi-resolution photographs of Charlotte’s fabric banners. Most of Karl’s work was on the colour and texture, making the slightly weathered originals more vibrant and intense. He introduced new black lines to strengthen the association with leaded glass. He focussed too on the word-fonts, the location maps and the QR codes. With Karl we also corrected a small but important piece of visual history told in the stained glass church windows: the replacement of a wooden cudgel with a sword, something which history asserts was the real weapon used to martyr him after it was run through his bible.

754AD Boniface, aged almost 80, continued to pursue his elusive goal of converting the Frisians and set off on his final perilous mission, unarmed, with only a small band of followers. Whilst making camp near Dokkum in northern Friesland on 5th June, they were slaughtered by marauders. Boniface died a martyr’s death, holding aloft the holy gospel, as his sole protection.

After his martyrdom, Boniface’s body was recovered by his  Benedictine brothers and conveyed down the Rhine to Mainz where it was eventually laid to rest in a sacred shrine in Fulda Abbey, in Hesse, Germany.   Saint Lioba, his kinswoman from Wessex, was later buried close by at his request.   Boniface became revered as the Apostle of Germany and is now known as the Patron Saint of Devon and of Crediton.

Town Team project manager Rod Brookes-Hocking, who has been running the project for the past four years, said:

“We send a big thank you to the many people in the community, around 100 in all, who have voluntarily given their time to the development of the heritage trail. The finished panels will have beautiful, gentle, distinctive designs and will take visitors perhaps 40 minutes or more to walk around. Hopefully they will attract more visitors into the town both from abroad and more locally to stop and look in along our high street while learning more about our famous ancestor”.

With the heritage trail now almost completed the town team have offered the earlier Boniface fabric banners and frames to Fulda City Cathedral in the county of Hessen, Germany, where Boniface is buried. The banners show the exact same eight images as the toughened glass ones. We hope that the exact same images being on display in both towns will help strengthen the links between our two communities.”

Rod was also the producer of the recent WWI English and German theatre production “Echoes of Wartime”, which played in both Crediton and Fulda. 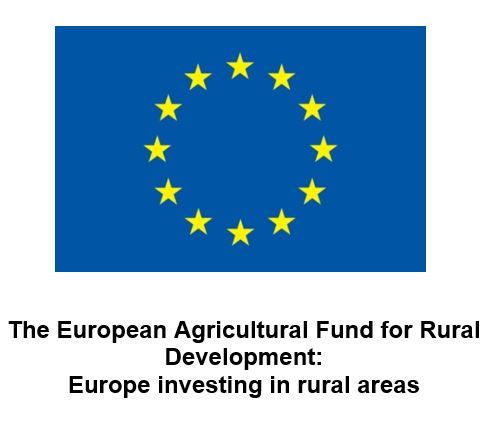 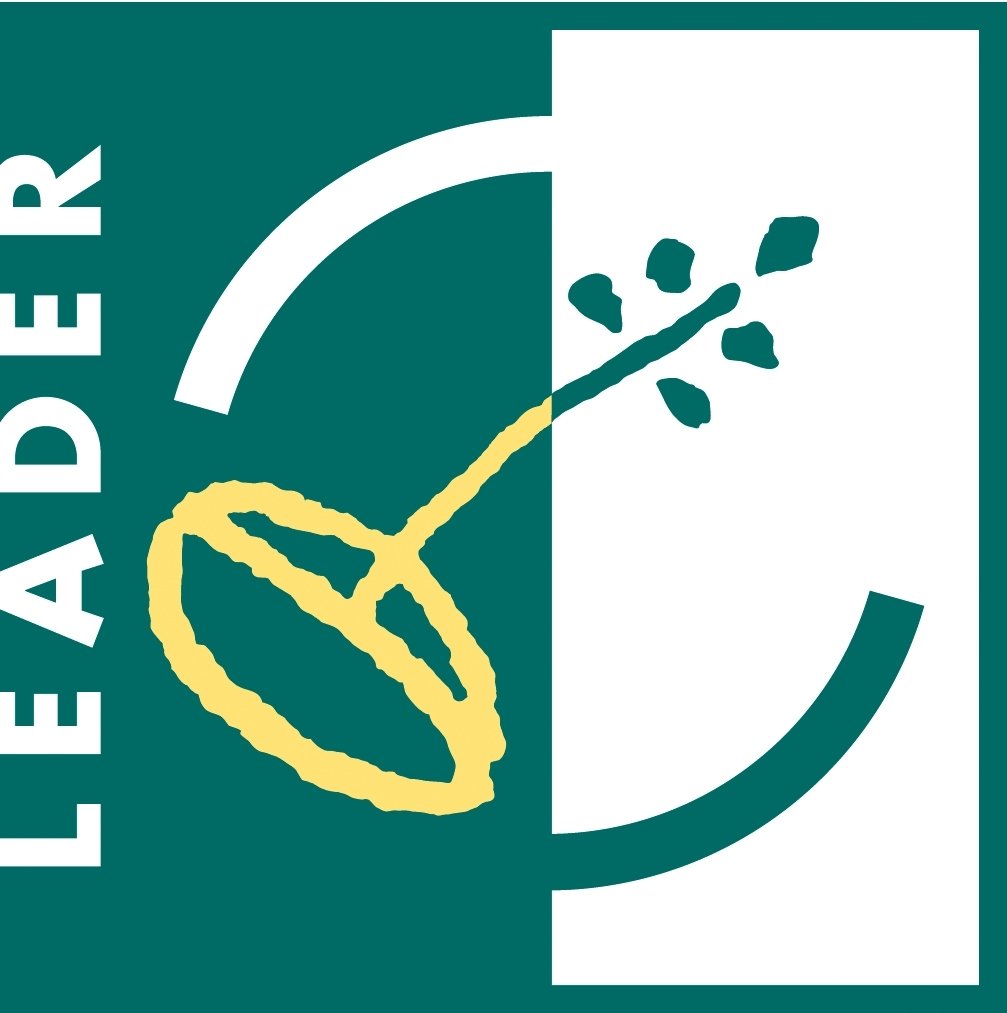 Do you have a comment about this Town Team project?